A strange incident happened in a soccer match from two rivals in the Scottish Cup. At one point a tiny bizarre being was observed running on the soccer field.

Analyzing the filming we realize that at that moment when the creature strangled appeared, nobody noticed it.

The strange incident occurred at the very beginning of the game. A small little man started to run on the field at a fairly high speed. 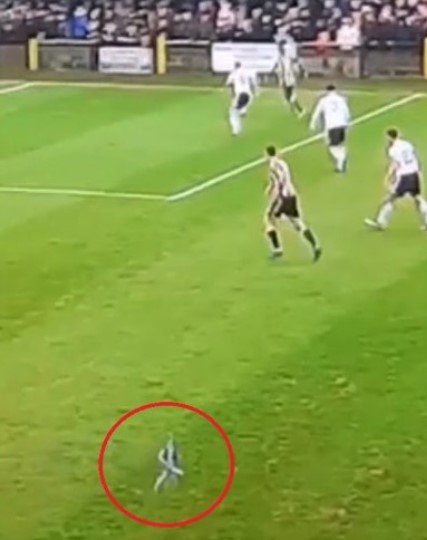 It looks like this is not an anomaly or a defect of the camera that films because this incident did not happen again throughout the game.

The fan who saw the little man thought it was a ghost. He posted a video on his personal twitter account.

What’s your opinion about this strange little being? Leave a comment below.