He claims that Carlos Miguel Alvarado, from the city of Changaminas, Ecuador, has discovered many skeletons of giant people.

It seems that the bones were about 7 meters high and were discovered in the Amazon area.

According to local legends, this area was nicknamed the “graveyard of the gods”. 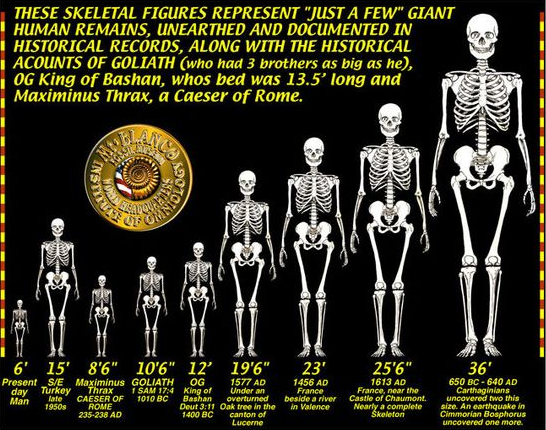 If you watch the video below you will see the skeleton presented in Luther Millican’s video.

However, I cannot help but think that such a tall being could walk the earth with such thin legs.

Such a large creature would need some sturdier legs. Look at the elephants and rhinos today.

Watch the following video and decide yourself:

A church in San Francisco, California opened its doors to the homeless.
In recent years, the UFO phenomenon has intensified. There are more and
For the first time in history, an ingenious device managed to collect
A guy from Moscow wanted to test his new Nikon P900 camera.
One of the most secret and mysterious substances in the history of
This website uses cookies to improve your experience. We'll assume you're ok with this, but you can opt-out if you wish.AcceptReject Read More
Privacy & Cookies Policy