It seems that two Russian physicists had the courage to recreate the Wardenclyffe Tower right next to Moscow.

The two physicists hope to help mankind making it possible to generate free energy across the planet.

The Tesla Tower was built by the great inventor in Manhattan Island at the beginning of the 20th century. For unknown reasons, this project has never been completed.

It seems the money was not a problem for Nikola Tesla, but the big American industrialists along with the US government would have done their best to prevent this big project from happening.

It is quite obvious that this invention, which could generate free energy on the entire planet, disturbed many powerful characters from that time.

Russian scientists Leonid and Sergey Plekhanov do not seem to be intimidated and have begun implementing Tesla’s project right in Russia, also using state-of-the-art technologies. 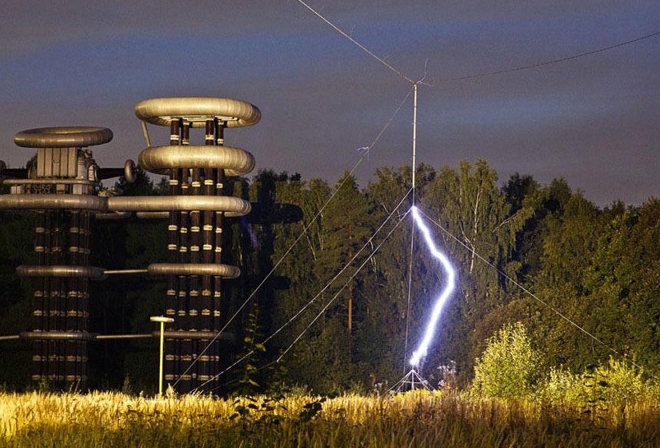 It seems that the upgraded version of the Wardenclyffe Tower will be able to solve a lot of problems that mankind faces in this century.

Let’s hope that these two courageous physicists will not be threatened or eliminated by the occult forces.

Watch the following news report and see for yourself: