This video quickly made millions of views and went viral on the internet.

There is a theory that Anunnaki has never left our planet.

The Youtuber who posted this video used google earth to investigate the western area near the Great Pyramid. He noticed hundreds of bizarre structures in that area. It can be seen that there is no electricity in that area. It is assumed that no one lives there. 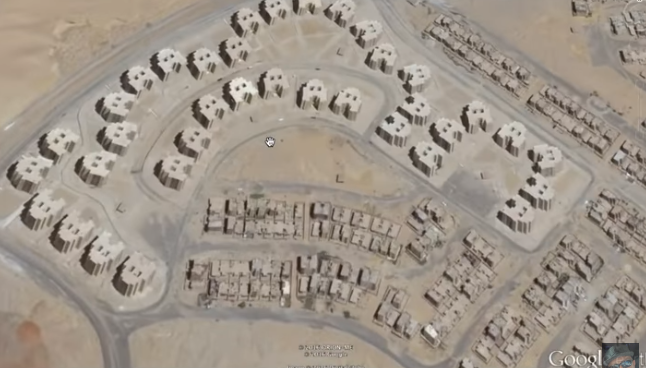 Later he shifted his attention to a more populated area in the north. It is a town near the Great Pyramid.

In that area, there is a shop named Dolci Bakery. If you click on that store, you can see a picture that shows quite clearly how two gigantic people cross the street.

These people are about 9 feet tall. Their height was approximated quite correctly due to the cars in their immediate vicinity.

In this photo, there are other people of normal height. But no one seems surprised by the height of the giants.

It seems that this phenomenon is common in that region.