A few days ago, we received an email from a person who wants to remain anonymous. We’ll call him John.

John has attached a pretty interesting video where you can see quite clearly a huge object in a hangar. This object resembles strikingly what we call a UFO.

John told Alien Blog that this short video was made with a hidden camera by a soldier who was at that time at Russia’s military base Kapustin Yar. 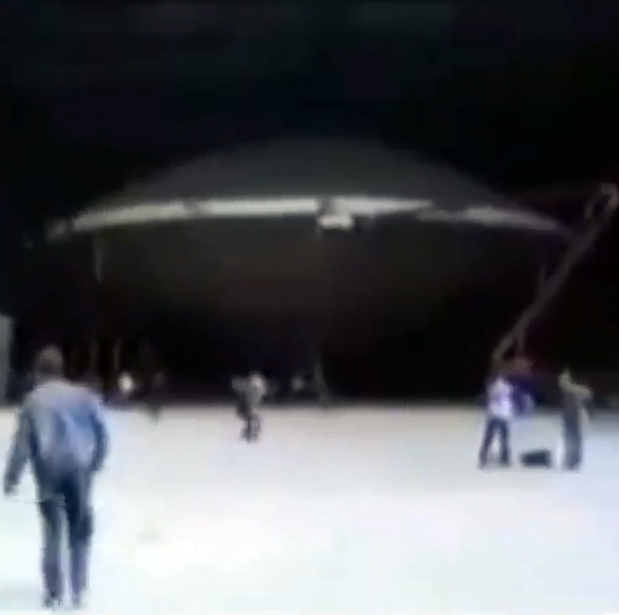 And this is one of the few videos of UFOs filmed in Russia that have ever been made public.

From John’s remarks, it appears that this UFO is actually created from scratch by Russians using reverse engineering after several alien ships have crashed in the past in Russia.

We can not know for sure that this video is real but one thing is certain: it’s worth analyzing more thoroughly.

Watch the following video and decide for yourself: