In recent years, the UFO phenomenon has intensified. There are more and more people claiming to have encountered a UFO. Many of these witnesses also come with video evidence.

But you have to know that most of these videos are actually hoaxes or simply ultra-secret military aircrafts confounded by witnesses with alien ships. 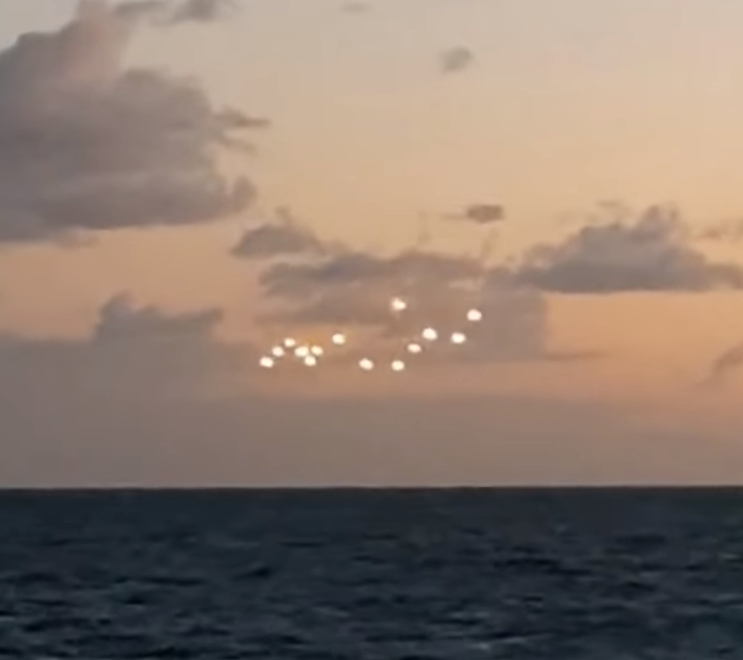 The following video is an extremely interesting one. This video was recorded by William Guy while traveling across the Pimilco Sound lagoon.

In the recording you can hear how he claims there would be some UFOs.

What should these lights be? Chinese lanterns? Military flares? I don’t know for sure but it resembles that fleet that the Navy pilots saw off the coast of California back in 2004.

This incident could be one of the most credible UFO incidents in recent years. This unidentified

A church in San Francisco, California opened its doors to the homeless.
For the first time in history, an ingenious device managed to collect
A guy from Moscow wanted to test his new Nikon P900 camera.
An extremely interesting video was recently posted on Luther Millican’s YouTube channel.
One of the most secret and mysterious substances in the history of
This website uses cookies to improve your experience. We'll assume you're ok with this, but you can opt-out if you wish.AcceptReject Read More
Privacy & Cookies Policy