A guy from Moscow wanted to test his new Nikon P900 camera.

This Nikon P900 has a phenomenal zoom, and the first thing the man did was to zoom in on the Moon.

The man claims that during filming, he noticed a lot of objects that seemed to have a spherical shape and that were flying parallel to the formation.

This video made a sensation on the Internet, becoming viral not only in Russia, but worldwide. 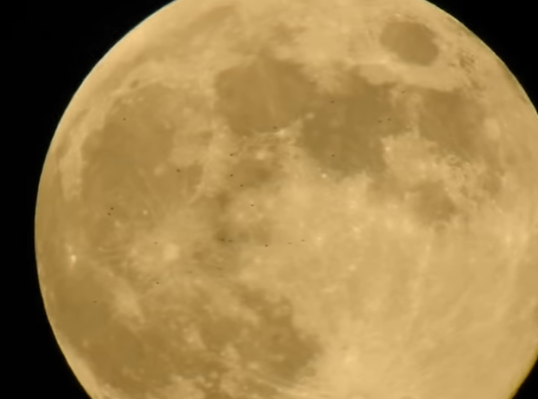 Many ufologists have given their opinion. Some believe this is a military project involving ultra-secret drones.

Others think that it is about ships of extraterrestrial origin. While others think it’s a doctored video and everything is a hoax.

What is your opinion about this recording?

Watch the original video and see for yourself:

A church in San Francisco, California opened its doors to the homeless.
In recent years, the UFO phenomenon has intensified. There are more and
For the first time in history, an ingenious device managed to collect
An extremely interesting video was recently posted on Luther Millican’s YouTube channel.
One of the most secret and mysterious substances in the history of
This website uses cookies to improve your experience. We'll assume you're ok with this, but you can opt-out if you wish.AcceptReject Read More
Privacy & Cookies Policy