When photographer Neil Thomas Douglas embarked on a plane he was amazed to see that the man was a perfect copy of him.

He spoke that the meeting with this person was as if he had looked into the mirror. 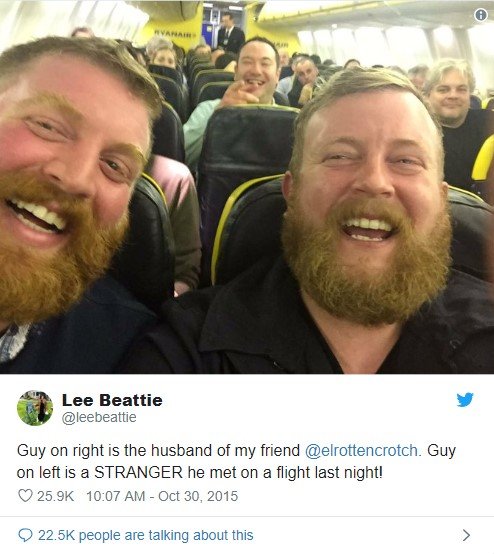 The two made a selfie and posted it on Twitter. The Twitter network exploded with messages about this selfie. They all wondered if the two were twins separated at birth but this did not happen.

The bizarre chain of coincidences does not end here. It seems that after the plane landing the twins met and because they were staying at the same Galway hotel.

They ended up drinking a beer together at a local pub.

This phenomenon in which a person meets another person very similar to himself is called “meeting twin stranger”:

Here you can see more of this subject:

Hope you enjoyed the article. Leave your comment below.