A Caribbean man who was surfing had the most bizarre happening in his life: he managed to record a flying saucer that changed shape and pulse over the water. This video is something new in Jason’s life. He has never had a similar experience.

While Jason relaxed outside smoking a cigarette, he laughed when he saw a bright orbit or a sphere of energy moving over the water changing form. 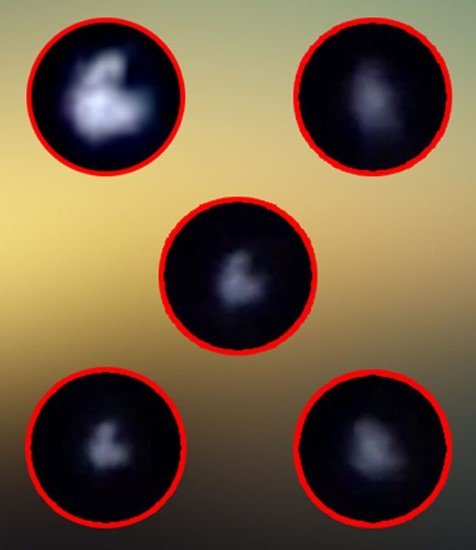 At that point, Jason ran home and took the iPad and then began to record the bizarre event. Immediately after Jason started filming the object, it became even brighter.

He went to the beach to film the unidentified flying object from a smaller distance and then realized that this sphere of light was at a relatively low altitude, 100 feet or less.

At one point Jason went to his car in the parking lot. And at that moment he realized that that bright sphere had just come over his car at a distance of 40 feet altitude.

At that moment, Jason noticed that there were actually 4 UFOs, two of them smaller and two larger ones.

He reported that these objects made no noise, they were perfectly silent.

This is the first video from this article:

Jason tells us that at one point the UFO was so close to him that he needed to take an object and try to throw him to the UFO but he was too afraid to do that.

It seems that the island where Jason lived was similar in the past. Many people have reported the appearance of these unidentified flying objects.

In the video below you can see Jason who tells the terrible experience he has had with these bright spheres:

I personally think the experience that Jason has lived is a real one. But I’m not sure if that object was of alien origin. There may be some globular lightning that is known to have a very strange movement that seems intelligent, but they are natural phenomena. Globular flares are so rare that they have been too little studied over time.