Normally, a ferry ride is a very enjoyable experience. This means of transport is the favorite of tourists.

A ferry sailing on the Japanese Sea had a terrible incident. The ferry struck an enormous underwater creature.

Authorities said the number of injured people is about 80.

The ferry had a crack of about 1 meter found at the stern, presumably where the giant creature had hit. However, the ferry could continue to the port. 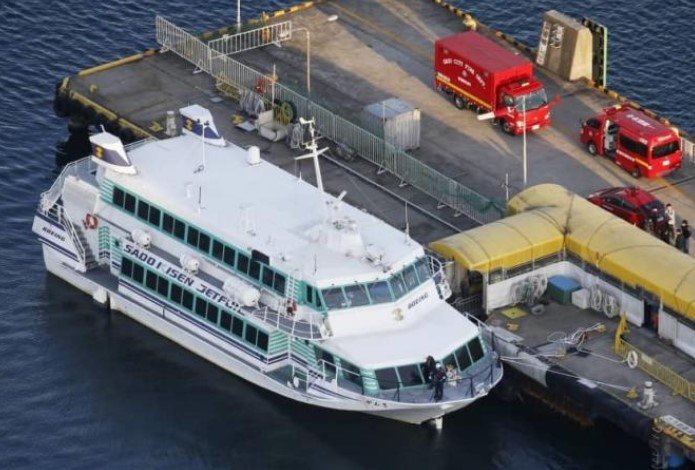 Coast Guard said that after a thorough investigation there was no trace of any marine animal.

One of the passengers said he saw near the ferry a giant creature that surfaced. The appearance of the creature was a few minutes before the impact of the ferry.

Several years ago a squid giant was reported in the same area.

What is your opinion of this unknown creature from the sea of Japan?